Reserving your stay at our luxury hotel, Grand Hotel Principe di Piemonte, is an ideal choice because of our Hotel’s excellent position.

The Hotel is only steps away from the beach and just a short distance from Versilia’s charming towns and villages.

Versilia’s small towns and villages are fascinating places where you can discover   history and traditions  and where nature reigns. 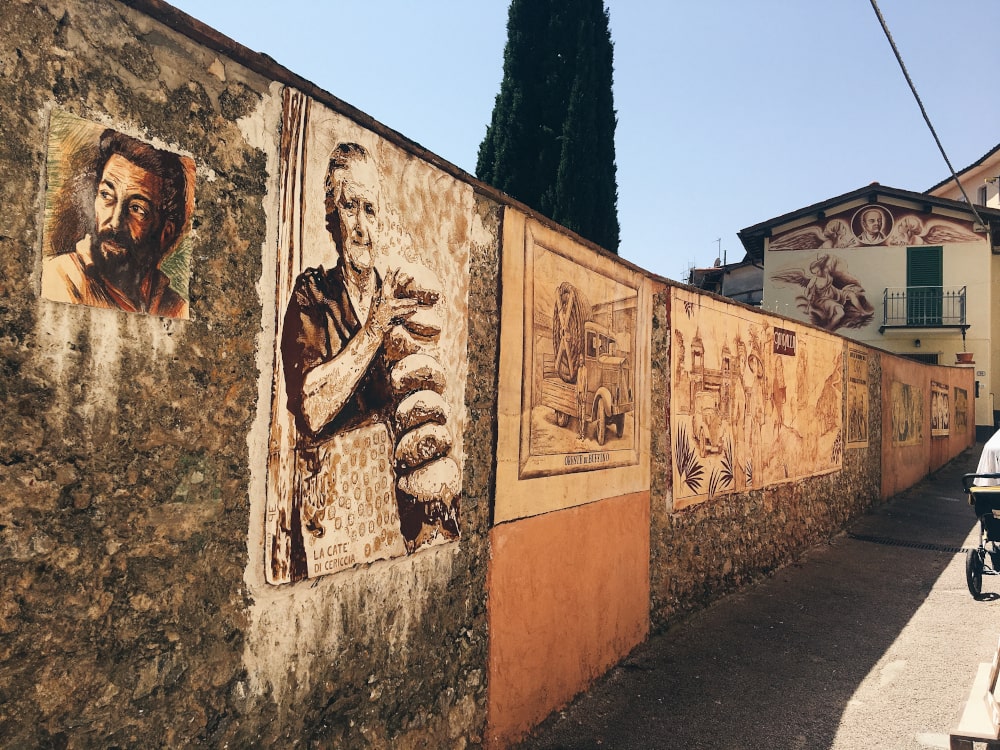 Casoli di Camaiore is on Monte Matanna at the foothills of the Apuan Alps, only 18 km from the Hotel.  It is famous for its graffiti art on the walls of the town’s homes depicting mythological scenes and scenes of daily life.  The first mural was painted in the middle of the 1900’s by Rosario Murabito and many artists have since followed the tradition with their mural works of art. 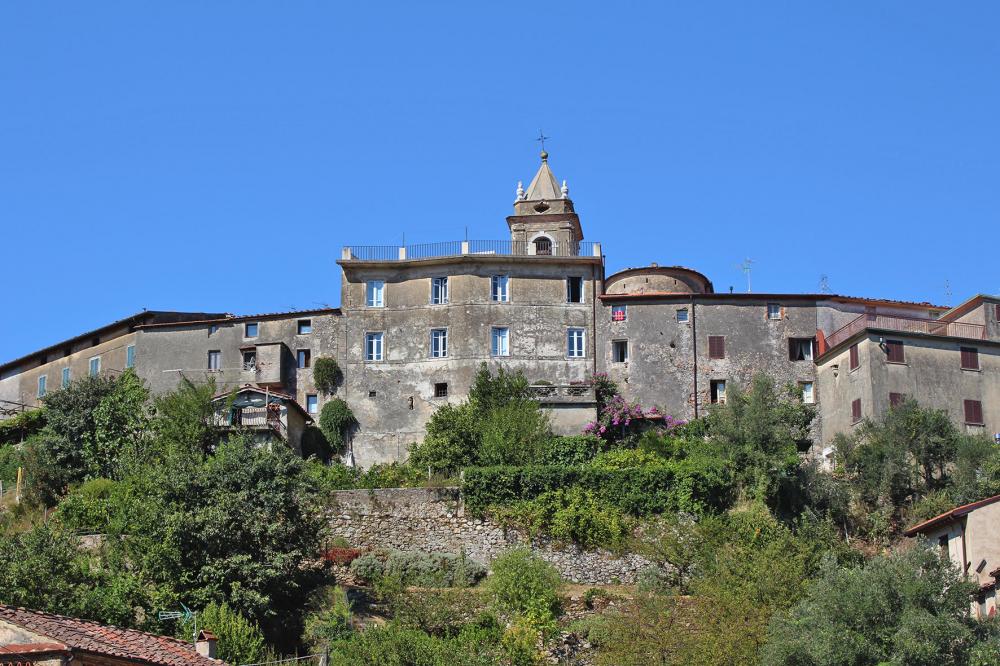 The small town of Monteggiori is at the foot of Mount Gabberi, 10 km from the Hotel Principe di Piemonte.

It is an ancient town where time seems to have stopped.  It rises from an ancient 13th century medieval castle which was an important military fortress surrounded by a ring of walls that includes three internal walls and an external wall.   All the doors of the homes are brightly colored and the town is famous for the Legend of the Ghost of Rotaio Castle.  To this day, it is said that the ghost of the Duke of Groningen haunts the ruins of the Rotaio Castle when there is a full moon.  The legend states that he died while trying to escort the Emperor of Constantinople, Henry of Flanders, to the nearby Monteggiori Castle.

The Town of Massarosa and the LIPU Oasis of Lake Massaciuccoli 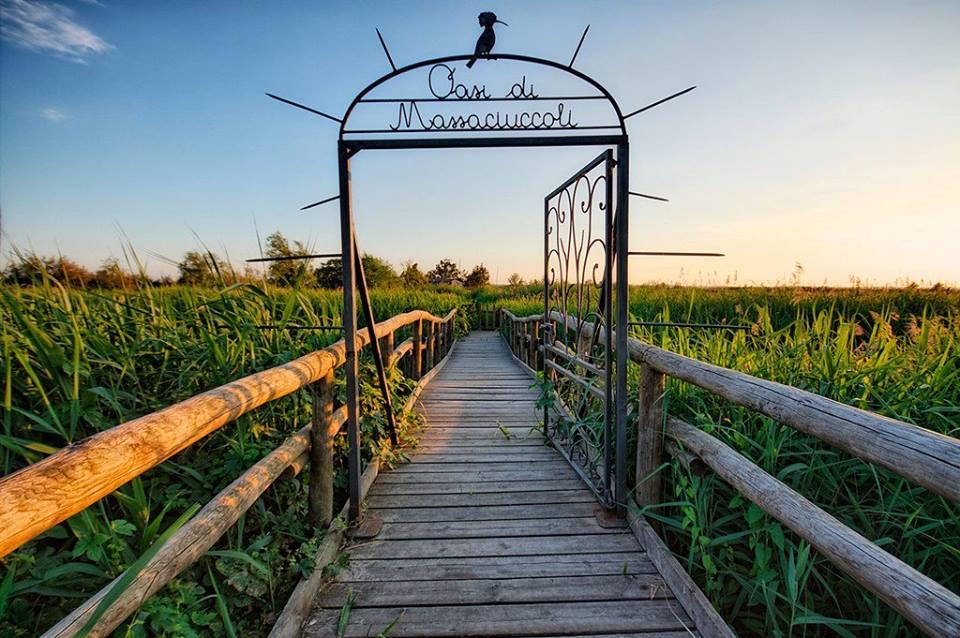 This small town is 13 km from the Grand Hotel Principe di Piemonte.  Many noblemen built elegant villas there from the 14th century to the end of the 1800’s.  The most famous villa is Villa Baldini a Campignano, which was also inhabited by Paolina Bonaparte.  The beautiful walking paths that wind around the villas are one of the most beautiful attractions of the town.

Visitors mustn’t forget the spectacular natural reserve of Lake Massaciuccoli, the lake area near the sea.  It is an important stop for migrating birds and visitors can admire them on the pathways or watch them in their shelters built by the LIPU (Italian League for the Protection of Birds) Oasis of Lake Massaciuccoli.  On summer nights, visitors can take boat rides to watch the stars or to reach the Puccini Festival in Torre del Lago. 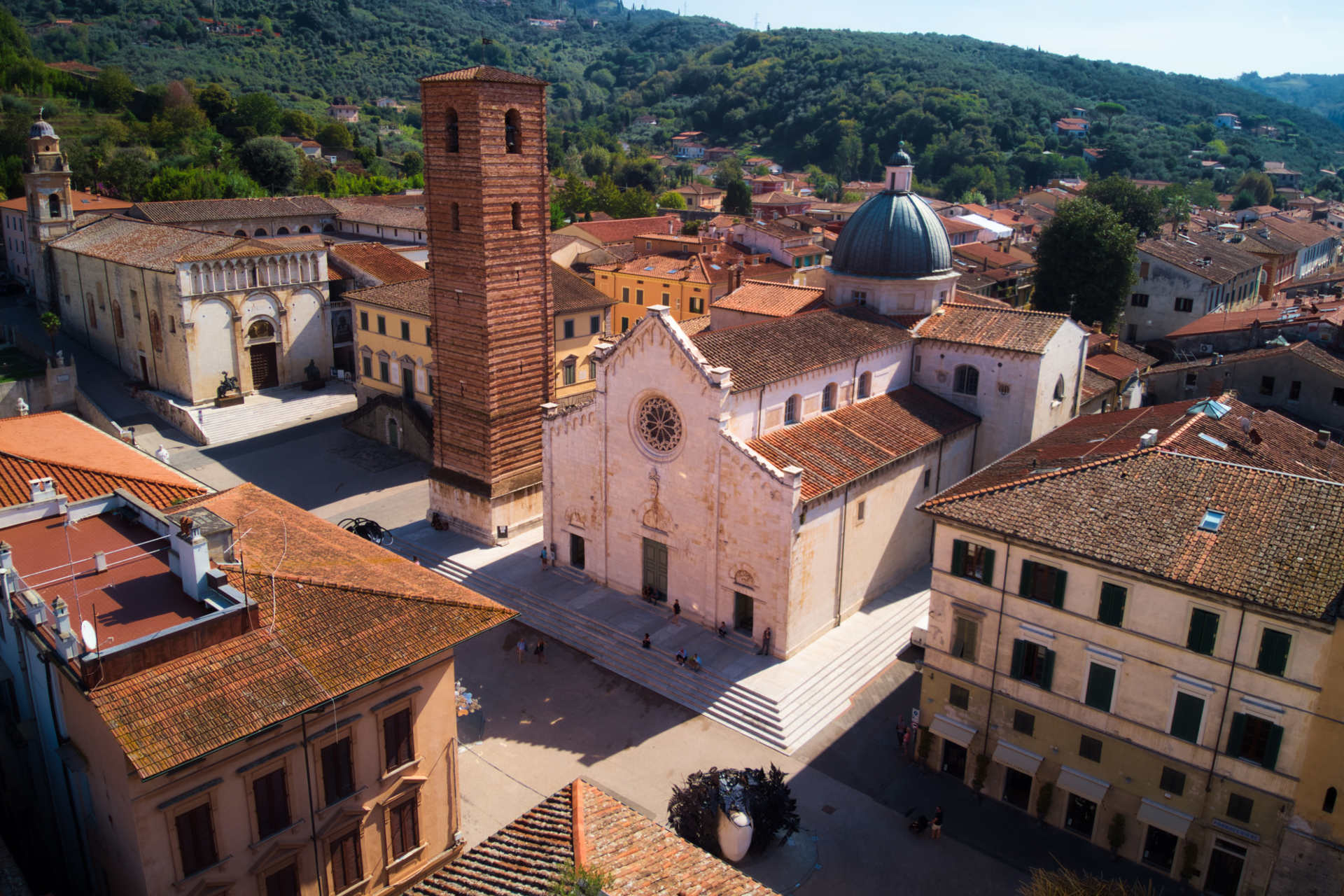 This ancient town is on the Via Francigena and it lies only 10 km from the Hotel.  It is known as the Little Athens of Versilia thanks to its traditional marble work which attracts artists from all over the world.

Pietrasantas’s other famous attractions are the Cathedral, the Collegiate of San Martino, the Convent of Saint Augustine and the home of the famous Italian poet , Giosuè Carducci,  nestled in the Valdicastello woods.

Travelling up the coast, visitors can reach Marina di Pietrasanta, where the Versiliana pinewoods are a favorite stop. 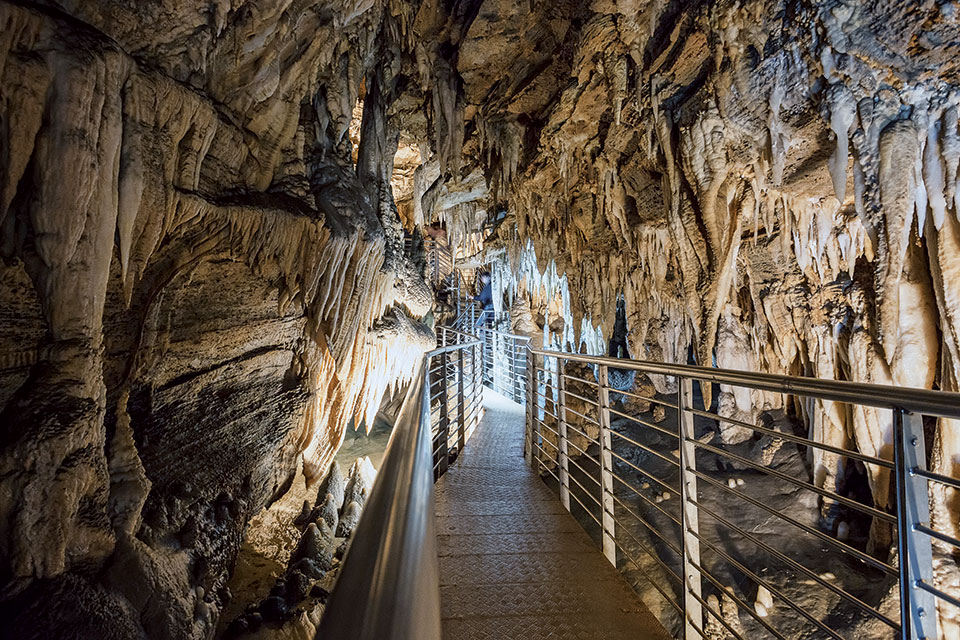 The town of Levigliani di Stazzema is 27 km from the Hotel Principe di Piemonte.   It has the most extensive cave system in Europe called  Antro del Corchia with 53 km of underground galleries and wells.  It was discovered in 1841 and can be visited along a 1 km trail that takes visitors to the heart of the Apuan Alps.

Seravezza and the Medici Palace 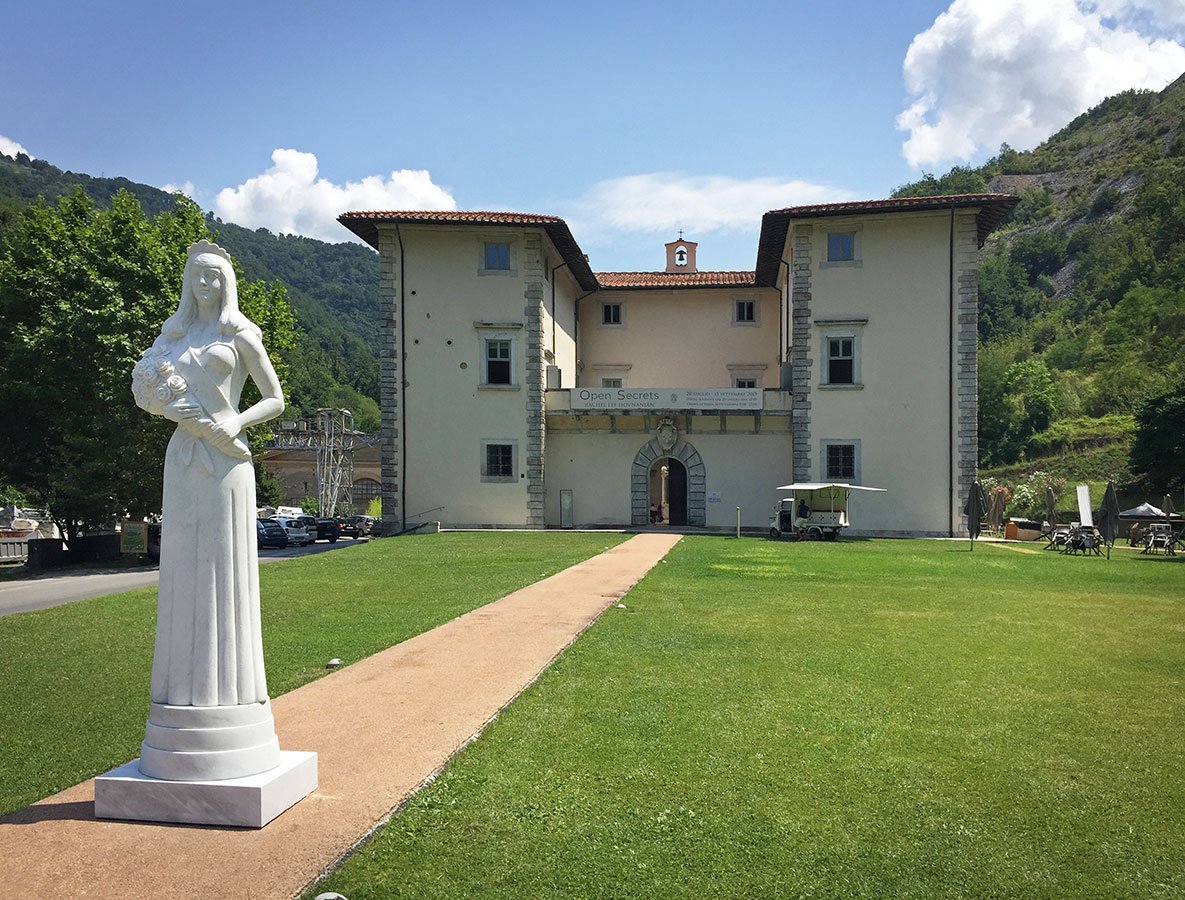 Serravezza is 15 km from the Hotel and it is famous for its Medici Palace, a UNESCO World Heritage Site, and for its Medici villas.  Cosimo I built the Palace between 1561 and 1565 as his temporary residence when he wanted to visit the area and the marble caves.

The Village of Pruno, Landscapes and Nature 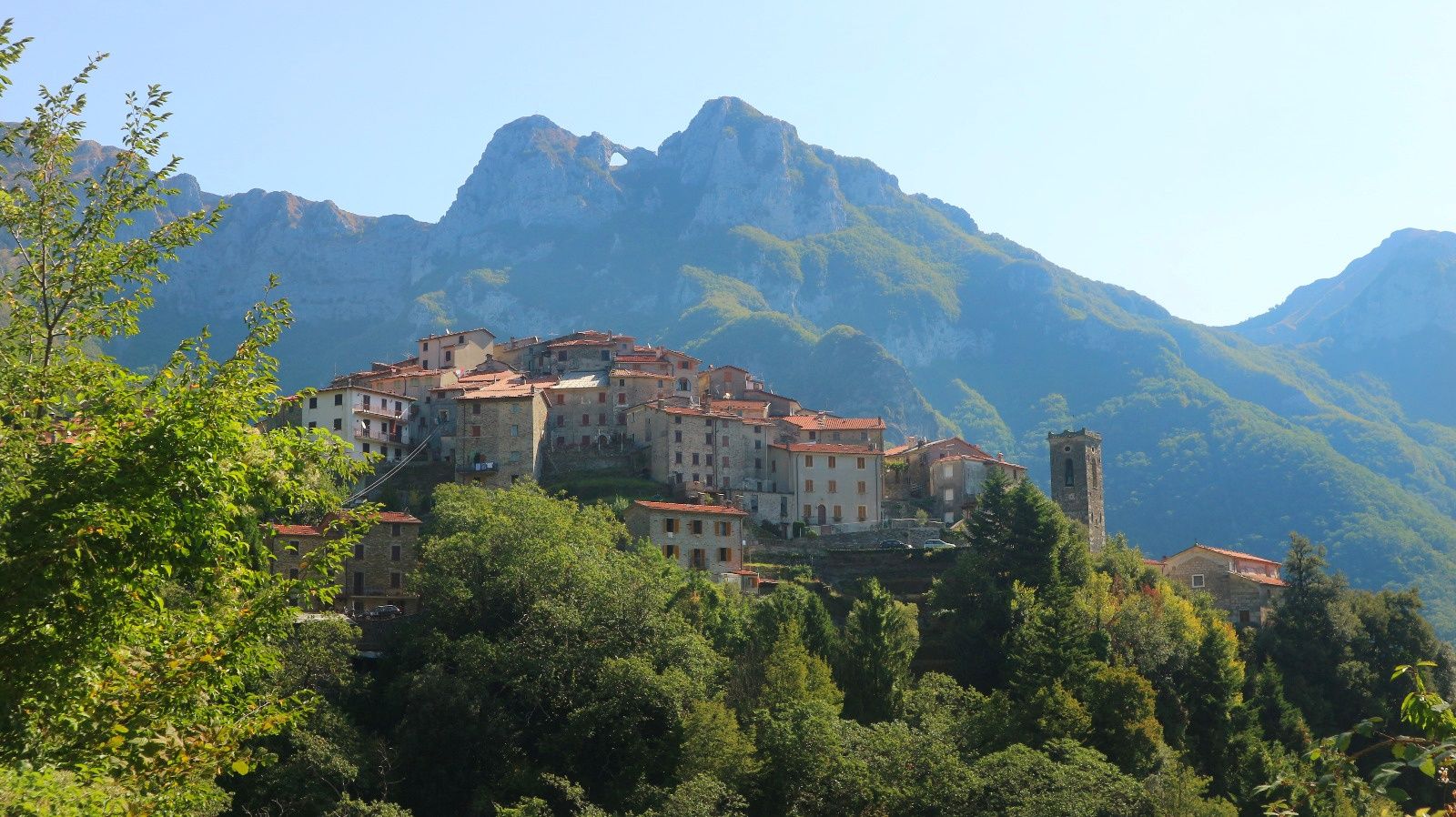 The Village of Pruno is situated between Mount Forato, Mount Altissimo and Mount Procinto.  It is 26 km from the Hotel and it is the perfect place for nature lovers. There are many CAI (Italian Alpine Club) paths that take you to the shelters and to the mountain tops.  Among the many excursions, there is a wonderful path that takes you to the Acquapendente Waterfall in an hour.

Nature, History, Culture, Art and Gastronomic Delights – all these wonderful things  can be found in the small but grand towns that our visitors can discover throughout the year.

The best way to visit is to reserve at the Grand Hotel Principe di Piemonte – your ideal starting point to explore our wonderful  area.

The Hotel offers you rooms, suites, two restaurants, a spa and a scenic pool.

The Principe Brings You the Beach

Luxury Beach Experience is the offer with included exclusive beach of the Grand Hotel Principe di Piemonte in Viareggio. It is ideal for those who want to live a summer full of captivating experiences, total comfort, and the elegant luxury of a refined hotel. The offer will give you the opportunity to stay in a […]

Wellness offer for couples in Tuscany

Are you looking for a spa offer for couples in Versilia? Discover it at the Grand Hotel Principe di Piemonte!