The historical residences in Versilia represent an important moment of the past and of the cultural fabric of the entire territory.

By visiting these villas and discovering where they are located, we can really get to know one of Italy’s most beautiful natural regions.

The historical residences in Versilia, still little known to the majority of tourists, become protagonists of organised guided tours that are carefully planned in every detail.

But they are also the site of living history, open days, theatrical visits, musical and cultural events, historical dances.

The historical residences, some of the most beautiful in the whole of Tuscany, allow you combine your seaside holiday with an immersion in local history, art and culture.

Here you will find medieval villages, prestigious villas and ancient gardens that can arise in the centre of walks, bike trips, itineraries on the lake, trails in the Park of the Apuan Alps, in the Park of Migliarino, San Rossore and Massaciuccoli.

Let’s discover the historical houses in Versilia together:

Grand Hotel Principe di Piemonte: a shining example of the Liberty style, it was founded in the early 1920s and then became a Grand Hotel of international reach, residence of aristocrats, intellectuals and artists. The renovation of 2004 gives us one of the world’s most exclusive and refined historical hotels.
In Viareggio, in Piazza Giacomo Puccini.

Villa Puccini of Torre del Lago: purchased by Giacomo Puccini in 1899 and restored into a two-storey house with the typical style of the bourgeois villas of the late 19th century. The remains of the musician are given their final resting place in the internal chapel.
In Torre del Lago Puccini, Viale Giacomo Puccini. 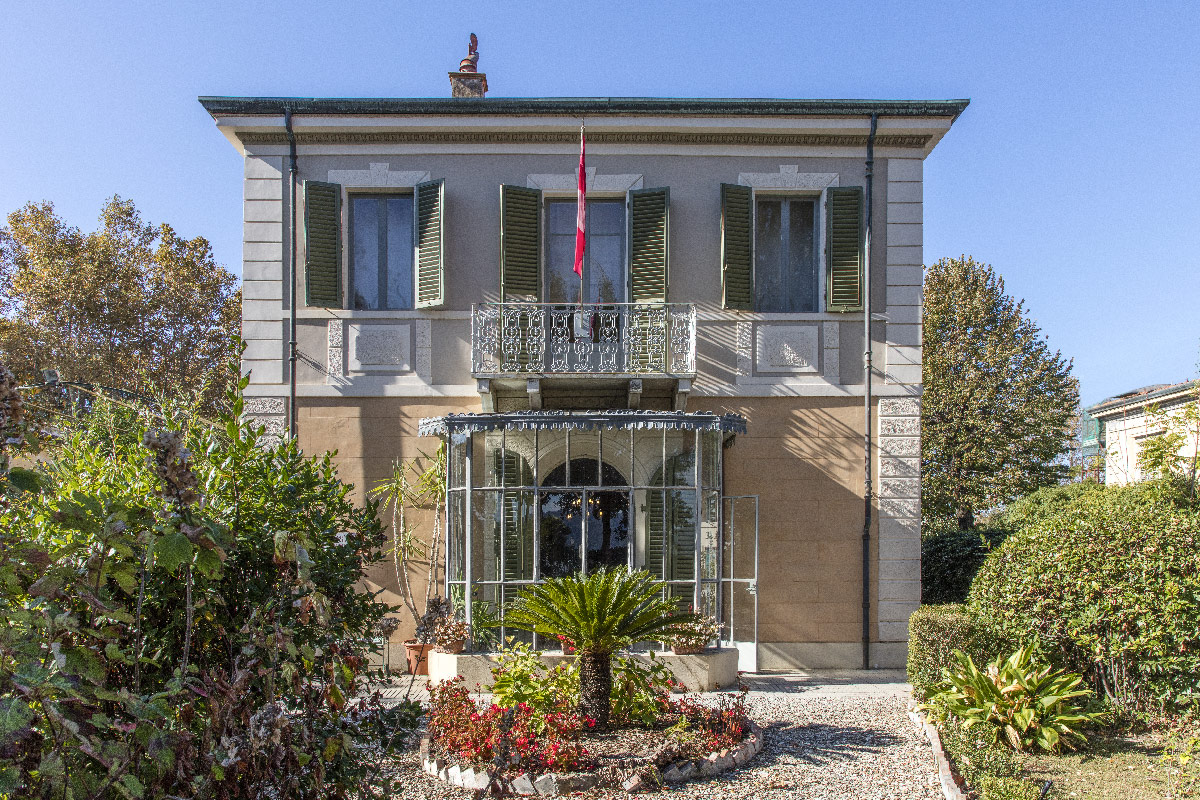 Villa Ginori (Piaggetta): the period residence is on the banks of Lake Massaciuccoli, in a naturalistic scenario of great impact. Example of a Tuscan Liberty villa with a garden that is the home of very rare botanical species and palm trees dating back to the early 1800s.
In Massarosa, Via della Piaggetta.

Villa Argentina: built in 1868 within a vast garden in the “four winds” district of Viareggio, designed by the architect Belluomini and decorated by Galileo Chini.
In Viareggio, in Via Amerigo Vespucci. 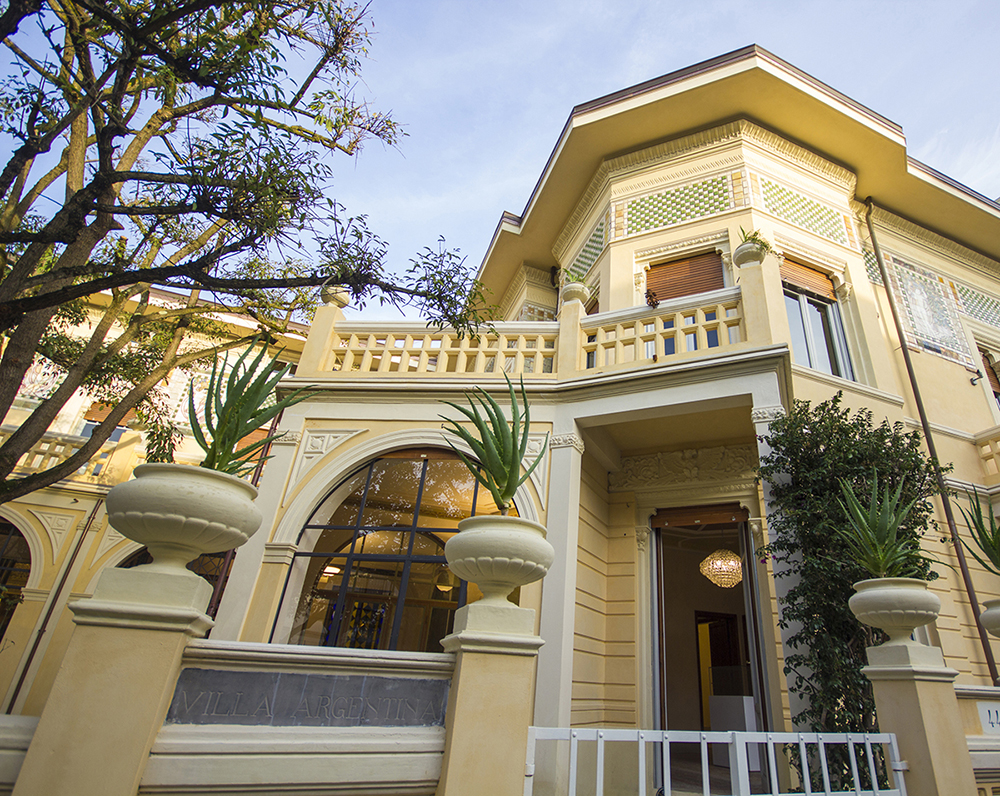 Villa Paolina: situated in the centre of Viareggio, it belonged to Paolina Bonaparte. It was built directly in front of the spot where, according to legend, the sea returned the body of the poet Percy Bysshe Shelley.
In Viareggio, Via Machiavelli.

Villa Orlando: built in 1869 as a hunting residence on the shores of Lake Massaciuccoli, it preserves all the charm of the 19th century. Building with a square layout and neo-Gothic connotation.
In Torre del Lago, in Viale Puccini. 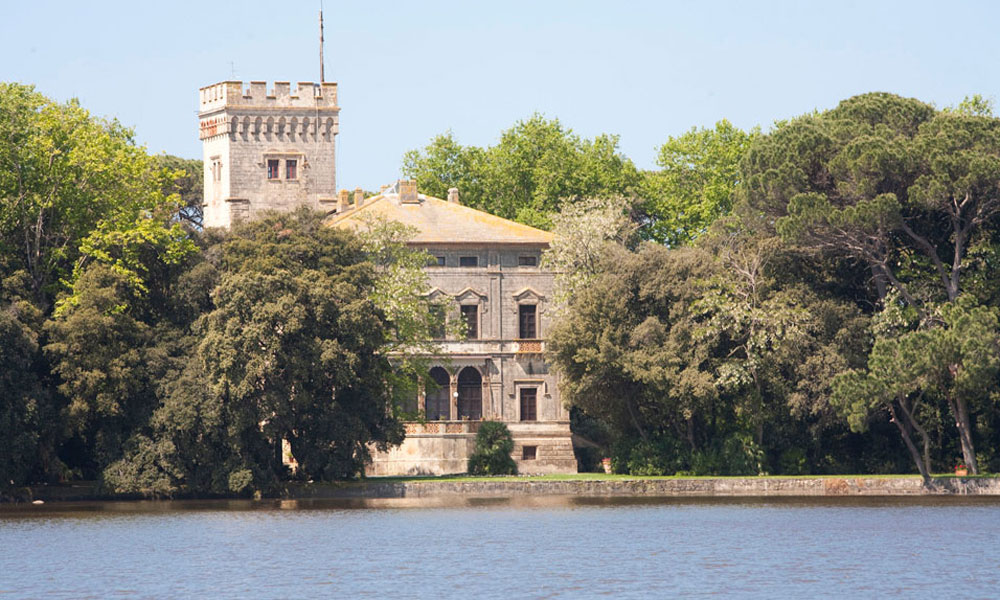 Club I Pini: erected in 1914 as a summer residence by Galileo Chini who named it “The Holiday Home”. Simple, elegant, with Viennese secessionist lines, decorated in Liberty style.
In Lido di Camaiore, Via Roma Capitale.

Villa Borbone: built in 1822 as a hunting lodge, it overlooks Viale dei Tigli and is in the centre of a large farm estate, in the Park of Migliarino San Rossore.
In Viareggio, in Viale dei Tigli.

Villa Lorien: built in 1500 and purchased in 1962 by Olive Beatrice McLean who renamed it Lorien. It hosted Dr. Rodolfo Giacchi and his wife Telene del Prete, Princess Soraya of Persia.
In Corsanico-Bargecchia.

Villa Gobbi Benelli: built by the Bourbons in the 16th century, it was restored by the Gobbi Benelli family in the year 2000, preserving all the original artistic and architectural details.
In Corsanico-Bargecchia.

Villa Ariston: former manor house of the Rolandi Ricci family, it was built between 1871 and 1909. It has hosted Prince Albert of Monaco, Eleonora Duse, Gabriele D’Annunzio, Marlene Dietrich, Giacomo Puccini. Today it is a 4-star hotel.
In Lido di Camaiore.

Palazzo Mediceo: situated on the slopes of the Apuan Alps, it houses the Municipal Library and the Museum of Labour and Popular Traditions of Historical Versilia. Since 2013 it has been a UNESCO World Heritage Site.
In Seravezza, in Viale Leonetto Amedeo.

La Brilla: major cultural centre obtained from the historical workshop of La Brilla, used since 1841 for the cultivation and storage of the rice produced in the Massarosian marshes. In Massarosa.

The hotel is in Viareggio, in Piazza Giacomo Puccini, located just a few minutes from the villas.

Book your stay today in one of the rooms or suites with sea views or views overlooking the Apuan Alps.

The hotel is located on the promenade of Viareggio and has two restaurants, including the 2-star Michelin “Piccolo Principe”, a panoramic swimming pool open all year round with a Jacuzzi and a water curtain waterfall, heated to 36° C.

Your summer sun at Principe

Our Sun Shower Offer at the Grand Hotel Principe di Piemonte includes a studied and tested formula that is ideal for couples who want to relive their summer in October and prolong and maintain their tans throughout the fall.

The Principe Brings You the Beach

Luxury Beach Experience is the offer with included exclusive beach of the Grand Hotel Principe di Piemonte in Viareggio. It is ideal for those who want to live a summer full of captivating experiences, total comfort, and the elegant luxury of a refined hotel. The offer will give you the opportunity to stay in a […]